Julie and Tim Barclay first learned about Wonderland 10 years ago, when a friend invited them to join a fundraising golf tournament. Julie already volunteered for Make-A-Wish and they regularly support the Ronald McDonald House, so they were excited at the opportunity to support another local nonprofit that served children in their community. After attending the tournament and hearing about Wonderland’s work, the couple felt a meaningful connection and decided to support the agency’s fundraising efforts. They couldn’t have imagined that one day their experience with Wonderland’s services would become deeply personal.

When their daughter, Erin, became pregnant three years ago, the family was overjoyed, but an ultrasound at 20 weeks revealed that the baby had no stomach bubble. Additional tests confirmed the diagnosis of Esophageal Atresia – the little girl’s throat was not connected to her stomach, making eating impossible without a feeding tube.

Little Aria spent the first five months of her life at Seattle Children’s Hospital. The doctors were hoping that some of the gap between her throat and her stomach would get smaller as she grew, so they waited to do the surgery to close that gap until she was four months old. Post-surgical monitoring required her stay for another month. Aria’s parents spent most of their time in the hospital, holding, talking, and singing to their little girl. The stress and worry were very hard on the family, but they handled it with grace and strength. 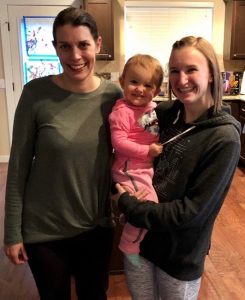 Aria started early-intervention services with Wonderland as soon as she came home from the hospital. While at the hospital, she received all her nutrition through a feeding tube, mostly confined to her crib. Now, she had to learn how to eat food and move around without constraints. Rachel, their Wonderland occupational therapist, came to their home for weekly sessions to teach Aria how to taste, chew, and swallow food and liquid, in addition to developing her motor skills. After each session, Erin and her husband Mark were more equipped to work with Aria to better eat, drink, crawl, climb, and walk.

For Erin, therapy meant more than reaching developmental milestones. Working with Rachel gave her the confidence to parent a fragile infant. She remembers how Rachel encouraged her to serve bigger bites of food to prevent choking and to trust that Aria would know how to eat. “Wonderland gave me multiple tools to add to my parenting toolbelt, including coaching me how to help my daughter outside of our sessions,” says Erin.

Today, Aria is a typical energetic two year old, whose favorite foods are mac ‘n’ cheese and fruit. “She loves eating, it’s like she is making up for all that lost time when she couldn’t eat,” says Erin. Aria is eager to go back to her favorite group activities (when COVID-19 restrictions are lifted), and enjoys gymnastics, swimming lessons, and playing with friends at her co-op preschool.

This personal experience with their granddaughter made Tim and Julie appreciate the impact of Wonderland’s services more than ever. “We never thought that our family would need the services, we just wanted to support Wonderland because it fills an important need in the community,” says Tim. “Now it’s even more important to us that Wonderland is able to expand the services so all families can get the help they need.” 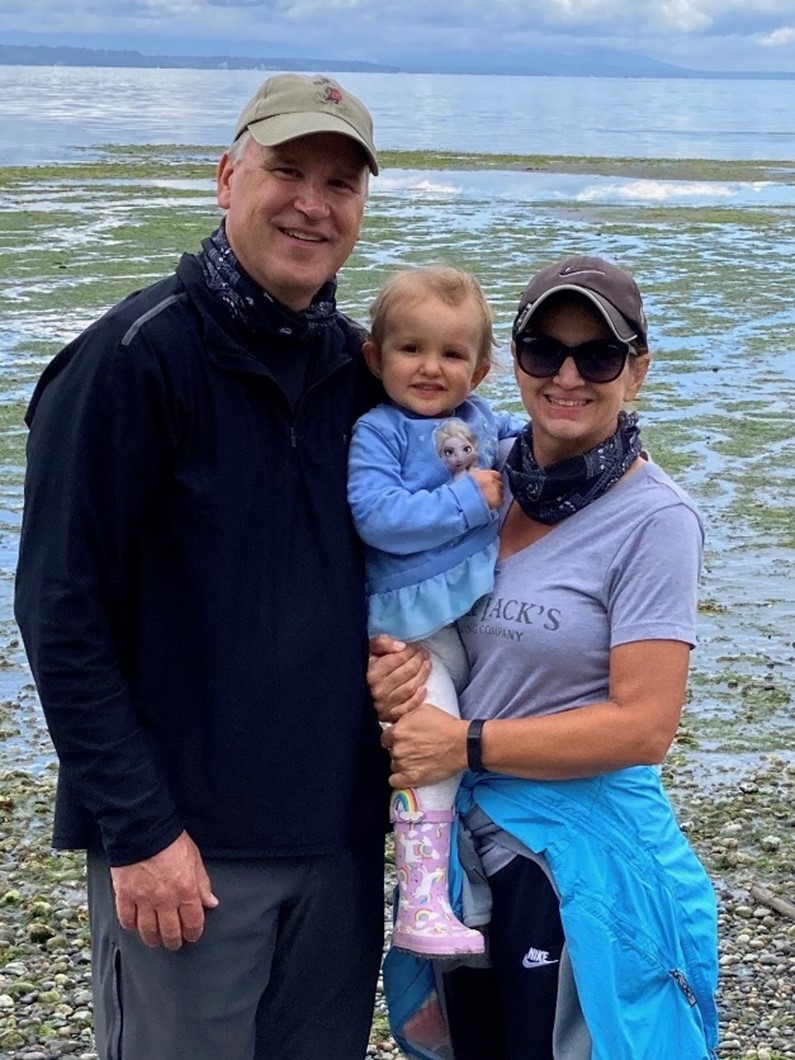 Tim and Julie Barclay with Aria.