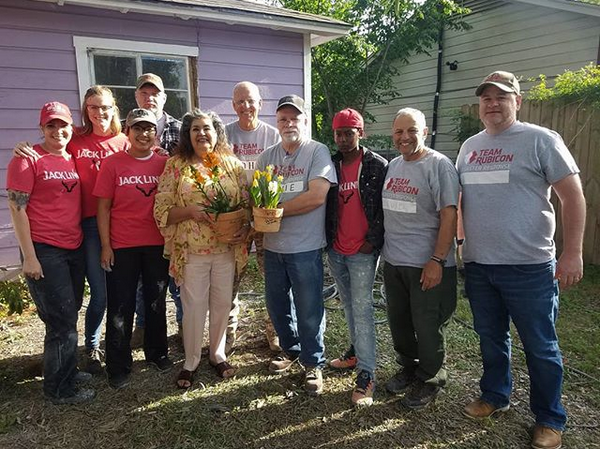 A Q&A with Shoreline Native and Wonderland Supporter Ernie Swanson

I’ve been friends with Wonderland super supporter Ernie Swanson since bonding at the 2013 Justin Van Hollebeke Tournament over a love of supporting children and golf. Looking a little like another crusader in his Indiana Jones Fedora, Ernie’s eyes twinkle merrily as we talk about his love of philanthropy and his journey from personal challenges to the full life he leads in retirement as both a “doer” and “contributor” of good deeds to others in need.
~Mary Kirchoff, Wonderland Executive Director

Q: What was your career before retirement?
A: I was an electrical engineer at HDR Engineering, working on pump stations, waste water treatment plants, large municipal projects. I grew up in Shoreline ─185th and Wallingford.

Q: Why is it important to you to give back to the community?
A: It probably started with my mother and father who were church givers, so I was raised to believe that giving is important.

Now, it just makes me feel great! Giving back is very inspiring, energizing. Some people are concerned about retirement: To me, it means my heart is beating, I’m excited about the next day. I’m lucky enough to have developed a decent retirement ─ I invested in rental properties ─ so I have the bandwidth to volunteer time and funds to several great non-profits like Wonderland. That, combined with good health the last 20 years, I’m very appreciative of every day. Retirement has turned into a dream come true for me. I’ve been able to give more than I’ve ever dreamed! Honestly, I wish I had started earlier—it would have relieved a lot of stress and put things in perspective and made me more emotionally healthy in my personal life.

Q: What would people be surprised to learn about you?
A: I’m an extroverted guy, which is atypical for an engineer, but I suffered silently for years with depression. At one point I didn’t know if I would be able to continue my career in engineering, but with the help of family, doctors, etc., I’ve been happy and healthy for the last twenty years.

Q: What inspires you?
A: My nephew, Todd Smith of Smith Brothers Construction, goes to other countries on breaks to build a house for one family per trip. In 2015 I went with 12 gents to Mexico, and we built a small house for a family of five – Vincent and Suzanna and their three kids ─ who had been living in a 10’ x 15’ shack for many years. In three days we built a 22’ x 32’ foot rambler from beginning to end. When we handed the family the keys everyone was crying, and I was hooked. Total joy!

Q: What’s the boldest thing you’ve ever done?
A: Helping to build Vincent and Suzanna’s house whetted my appetite for the “doing” part of helping people rebuild their lives. I learned of Team Rubicon Disaster Relief organization, just after Hurricane Harvey. Team Rubicon goes into disaster zones, mucks out homes, tears out drywall ─ everything ─ to bare studs and sub floor, so the owners can start rebuilding on a dry foundation. Team Rubicon has enough corporate sponsors now to send in over 55,000 volunteers to do this for low-income folks. We work eight, long-day shifts. I’m leaving for Houston next week on my next deployment. Team Rubicon’s motto is to be there to help people on their worst day, which I love!

Other bold things: Despite advice, I invested my 401k exclusively into the company I worked for because I believed in them, and it paid off! I skied under the 7th Heaven Ski Lift at Steven’s Pass as a foolish youth and other crazy, high-speed stuff on snow skis.

Q: What advice would you give to parents/caregivers as a parent?
A: I have two adult sons, so I’d say expose your kids to giving to others, like working at a food bank, joining Habitat for Humanity, whatever community challenge speaks to them to give them the experience and to hear the stories. Encourage them to get outside themselves and experience the joy of giving.

Q: What speaks to you about Wonderland’s mission?
A: I came to know Wonderland through a former co-worker, Peggy McClintock, and mutual friend/Wonderland staff member Jane Witmer. Because of my own struggles I’ve learned to empathize with people, so when I heard of Wonderland, what hit me deep down inside was, “If I were a parent whose kids had these issues, I’d want to know I wasn’t alone….” Also, my wife, Lynnel, is a teacher’s aide for special education kids at Northshore Middle School, so our whole family connects to Wonderland’s mission to support kids and families to reach their highest potential. It’s a joy and an honor to be able to help.